Start small, then get as complicated as you like! Thats the great thing about this simple make, it can be adapted for all ages and skill levels. Using just string and natural straws, you can demonstrate how to assemble 2D shapes and then move on to 3D models. 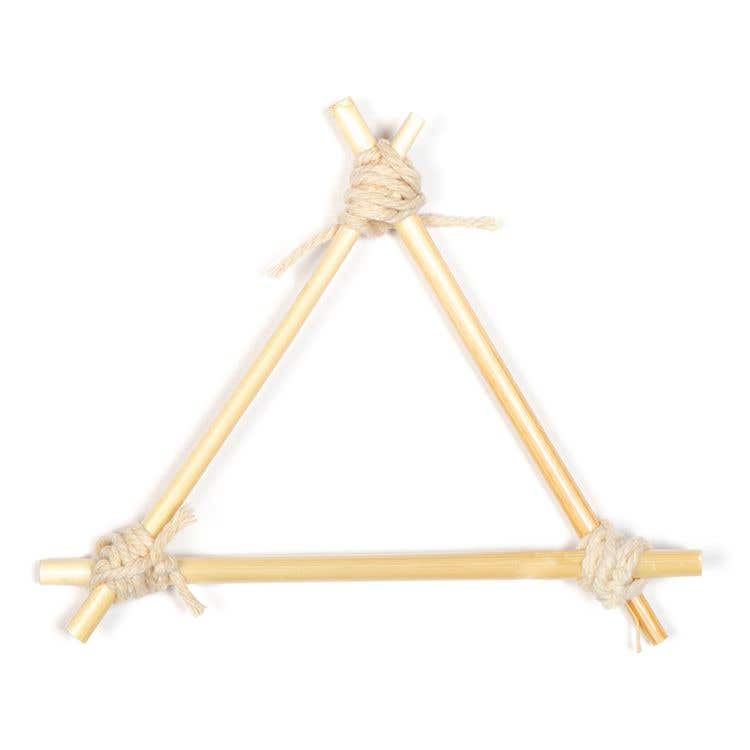 If children are struggling to hold the straws in place, you can try adding a little sticky tack or a glue dot to make it easier for them, before wrapping the string around.