Heres a fun, modern twist on the traditional dominoes  jazzed up with star stickers as well as numbers. It gives endless potential for different versions of the game, as well as matching games  all while learning at the same time! 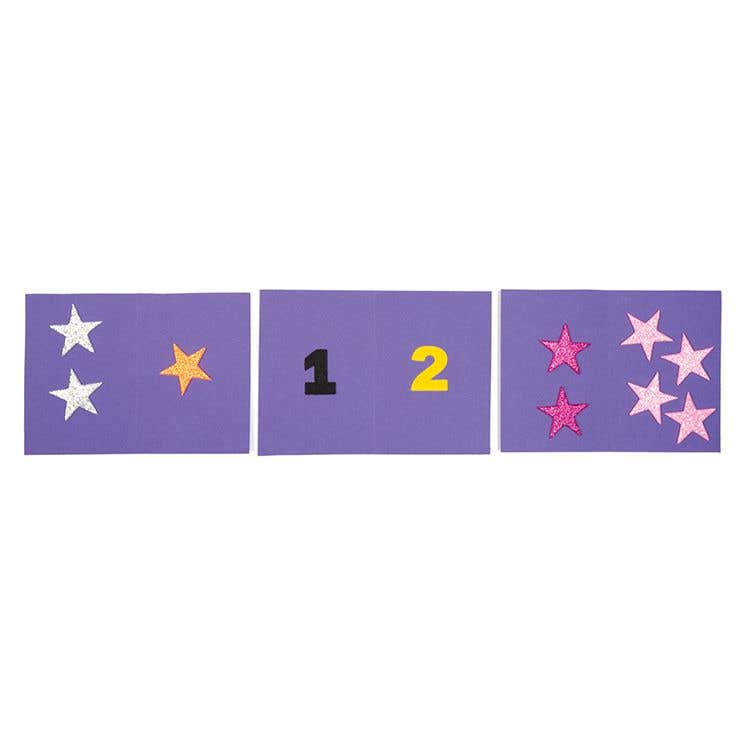 Lay out the highest number of star stickers youre going to want to use before cutting the domino blanks, as youll need to make sure the blanks are big enough to house that number of stars on one side.