Rock out in style with this fun-packed craft projects. Not all music lessons can feature the instruments themselves, but that doesnt mean children cant learn about them. Teach them about the guitar, how its played and recreate it in cardboard complete with strings and belt! Not only does it take their musical knowledge to the next level, it also helps their design and co-ordination skills to boot. 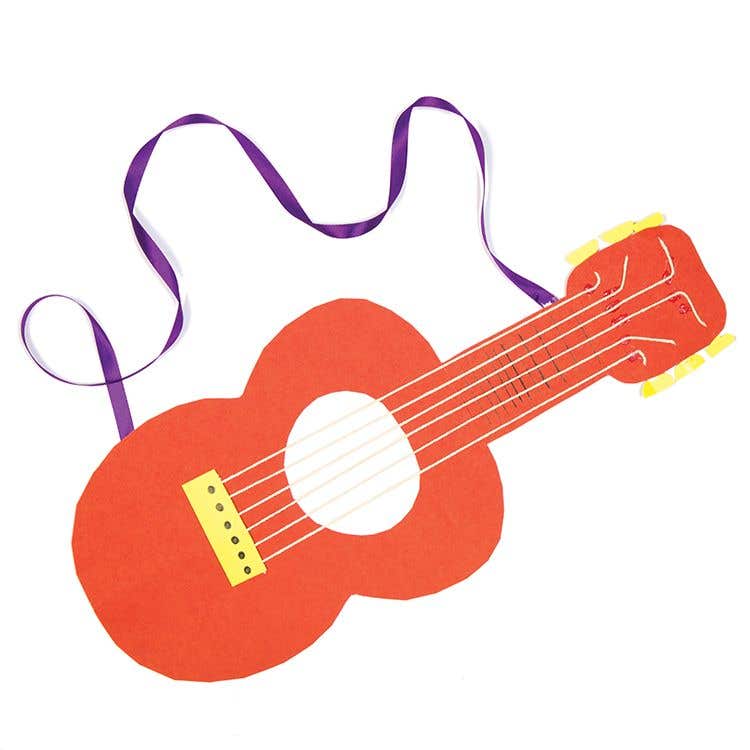 The aperture and string positioning can be a little fiddly, so depending on the age of the children, either do this part for them or mark out in pencil where they need to position the strings to make it easier.

Have fun creating a serene scene with a tiered pagoda, one of...

Elegant dragon boats have been made in Ancient China for over 2000...

Ideal for a hot day or to accessorise, a fan is an...

Dragons are seen in art, literature and artefacts throughout the rich history...