Rejoice on St Andrew’s day with Scotland’s own Patron Saint, made from paper rolls and funky felt. 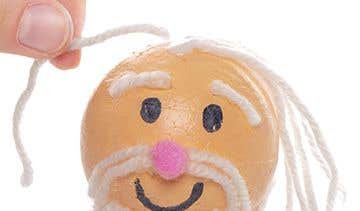 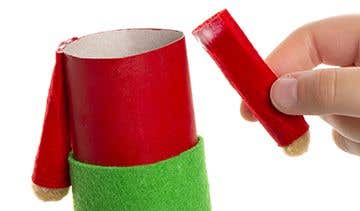 Use the brown card to create a large diagonal cross instead of a scroll. The cross represents ‘The Saltire’: the white cross found on the Scottish flag and a common symbol associated with St Andrew.

These VJ Day Anniversary celebration bookmarks are quick and easy to create...

Celebrate VJ Day’s 75th anniversary by making and decorating your home and...

Celebrate 75 years of VJ Day by decorating your home and classroom...

Celebrate VJ Day’s 75th anniversary by displaying these colour-in posters in your windows...

Celebrate VJ Day’s 75th anniversary by displaying this colour-in poster in your...

Show your appreciation for VJ Day Veterans by displaying this downloadable colour-in...

Keep the kids entertained at national celebrations with a tub of Union...