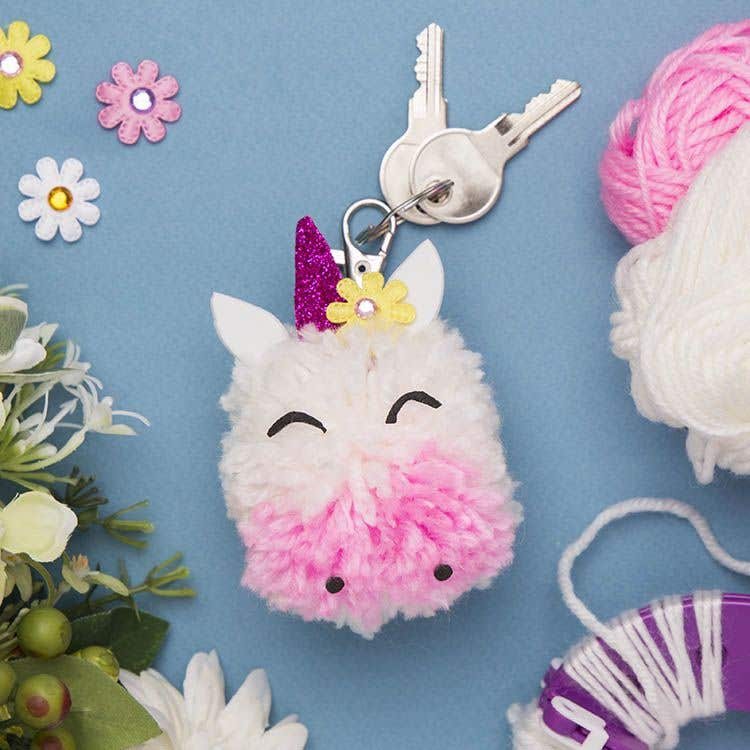 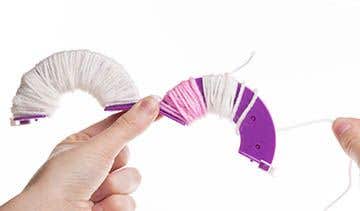 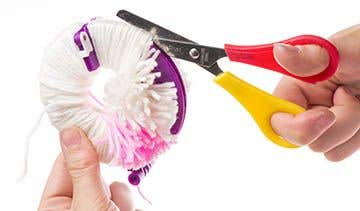 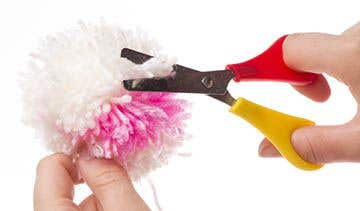 Instead of using glitter foam, you can create the unicorn horn from plain foam covered with glue and sprinkled with glitter. Although a pom pom maker is the easiest way to make this project, you can still make the unicorn using the traditional cardboard method.