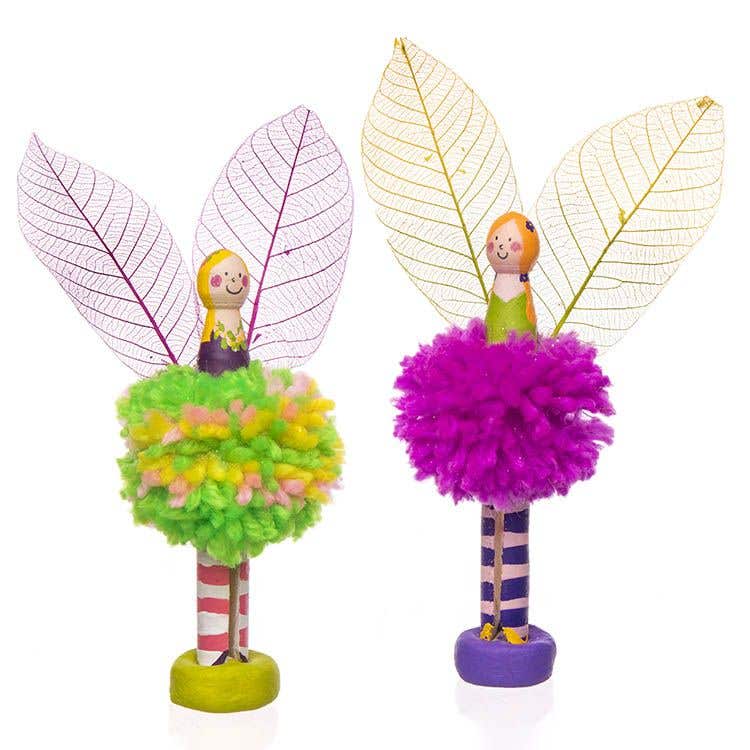 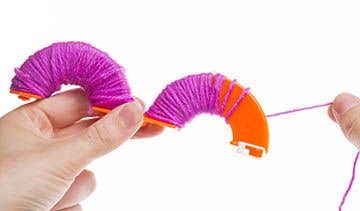 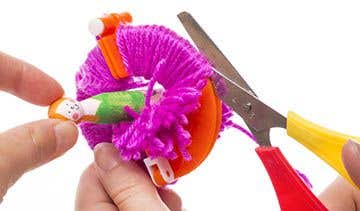 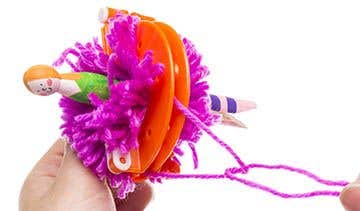 You may need someone else to hold the peg doll in place whilst you are securing the pom pom to the middle of the peg doll. Although a pom pom maker is the easiest way to make this project, you can still make the pom pom peg doll fairy using the traditional cardboard method.